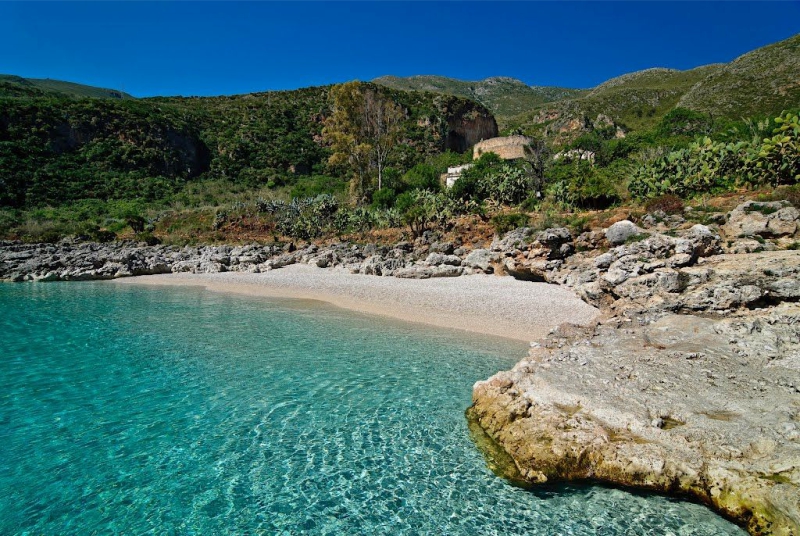 Located within the Zingaro Reserve, the Uzzo Cave is one of the most important prehistoric sites in the whole of Sicily, where the stratification found has made it possible to know the evolution of humankind over the last 10,000 years.

The community that occupied the cave was made up of a small group of hunters who lived in the area and used the cave as a shelter for the night and as a defense against ferocious animals. Over the centuries, the community learned to cultivate the land and eat fish from the nearby sea. Burials dating back to the Mesolithic have been found in the cave.