The Sea Road: From Trapani to San Vito Lo Capo 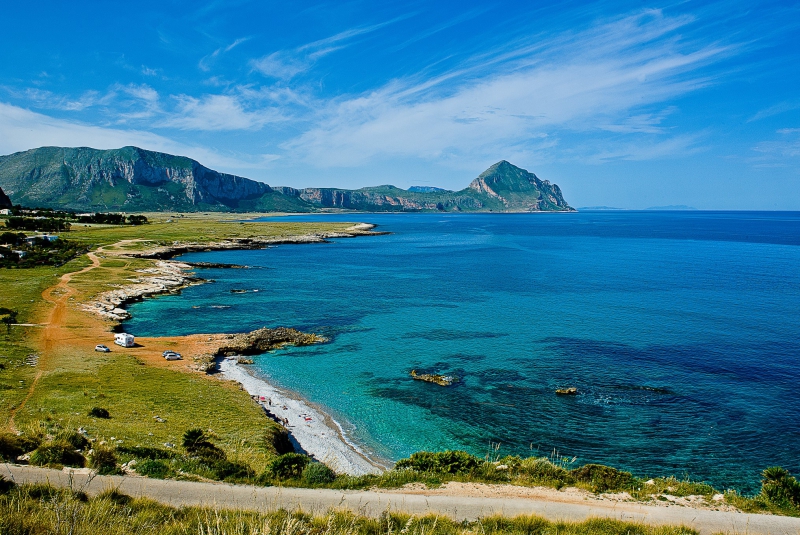 The north-western coast of Sicily, from Trapani to San Vito lo Capo, is considered by many to be the most beautiful stretch of coast in all of "continental" Sicily.

The beaches of the Trapani coast, from Torre Ligny to Erice

Some of the characteristic and beaches of the Trapani are the cove of San Liberale, the suggestive beach of Porta Botteghelle and the beach located near the former Tonnara Tipa.

The large beach of San Giuliano is particularly recommended for families with young children and is located in the territory of the Municipality of Erice, after the Dante Alighieri Seafront.

The beaches of the hamlets and holiday resorts:

Leaving the city behind, proceeding along the coastal road, it is possible to reach many beautiful hamlets and holiday resorts with splendid beaches such as:

●       Pizzolungo, characterized by the presence of many small streets

●       Bonagia, a historic seaside village, also famous for the Tonnara.

●       Rio Forgia beach, characterized by red sand, with a view of Monte Cofano

Beyond the area of Lido Valderice, in the territory of Custonaci, there is a very suggestive stretch of coast which laps the Monte Cofano Nature Reserve.

The Gulf of Macari and Santa Margherita Bay

In this part of the area it is possible to find many point of interests such as:

●       The coves around the Tono Tower, within the Mount Cofano Reserve;

●       The pebble coves of Agliareddi, right  at the entrance of the Monte Cofano Reserve;

●       Caletta Rosa, which takes its name from the color of the rock (rosa means pink);

●       La Cala di Isulidda, a small bay that takes its name from the rock that is right in front of it.

After crossing the village of Castelluzzo and passing the coast that connects Mount Cofano to Macari, is San Vito Lo Capo. A small seatown famous all over the world for its splendid beach and for the big event which is held in the city center every September, the CousCous Fest.