The Pepoli Museum and other monuments 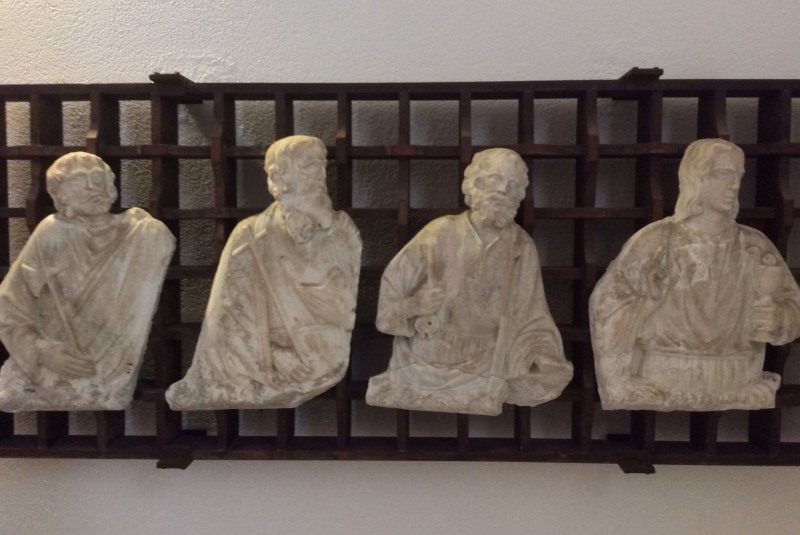 Trapani has a rich architectural heritage, consisting of buildings ranging from the fourteenth century to the Liberty era of the last century.

The Churches of Sant’Agostino and San Domenico date back to the fourteenth century and are both characterized by Gothic-Chiaramonte rose windows. The church of Santa Maria del Gesù built in the sixteenth century by the Observant Franciscan fathers alongside the convent.Inside it is possible to admire the splendid Madonna degli Angeli by Andrea della Robbia.

The seventeenth-century Palazzo Senatorio, built by Don Giacomo Cavarretta, a knight from Jerusalem, has undergone several changes over time, the last of which was carried out in 1827 when the clock was added. Having become the House of the Senate of Trapani, Palazzo Cavarretta is now the municipal seat.

The Church of the Jesuit College was consecrated in 1705. The interior has three naves, with columns and Serliana arches. The walls are decorated with magnificent stuccoes made by Bartolomeo Sanseverino and Giacomo Serpotta. It preserves valuable works including a marble icon depicting the Immaculate Conception made by Ignazio Marabutti.

The Cathedral of San Lorenzo dates back to the fourteenth century and has undergone several changes over time. In 1748, it acquired the current appearance thanks to the work done by architect Amico, who designed and built the side chapels, the choir, the dome, the bell tower and the façade. The interior with three naves houses, among other things, a Crucifixion attributed to the Flemish painter Van Dyck.

The Agostino Pepoli Museum is located outside of the historic center, adjacent to the 14th century Sanctuary of the Annunziata.

The museum is housed in the fourteenth-century former convent of the Carmelite Fathers, extensively remodeled between the sixteenth and eighteenth centuries. The first nucleus of the museum, born from the private collection of Count Pepoli, houses an important collection of decorative arts and sculptures, including works by Gagini and beautiful presepi (nativity scenes).