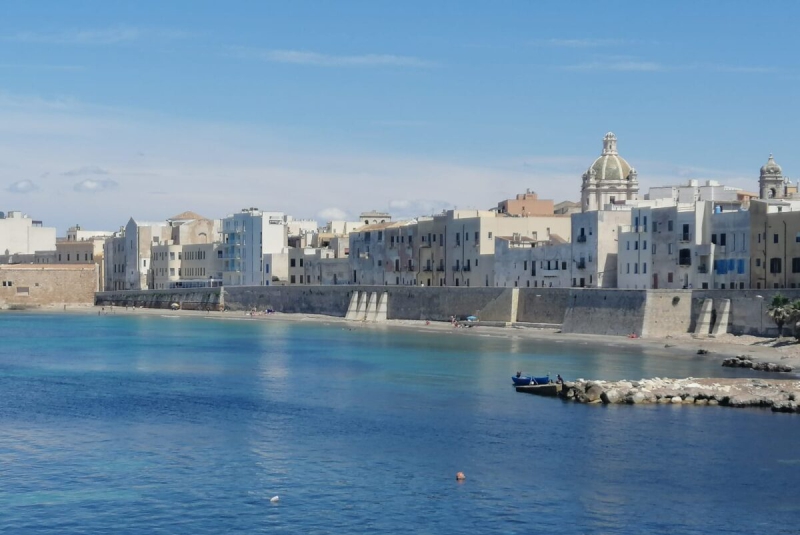 Restored in 2006, the ancient north walls of the city overlook the Tyrrhenian Sea while the port, which is located on the opposite side, overlooks the Sicilian Channel. The walls were built under Spanish domination in the sixteenth century, on the remains of a previous structure.

The pedestrian path extends for about one kilometer from Piazza Mercato (east end) to Bastione Conca (west end) and is accessible from the steps of via Lombardo and via Botteghelle.

In the middle of the sea, a few kilometers from the shore is the Ligny Tower, a centuries old dovecote. The first nucleus of the structure dates back to the first Punic war (264 BC). The Arabs later made it a lighthouse and during the reign of Charles V it was expanded, becoming a fort. Under the Bourbons it served as a prison and remained so until 1965.