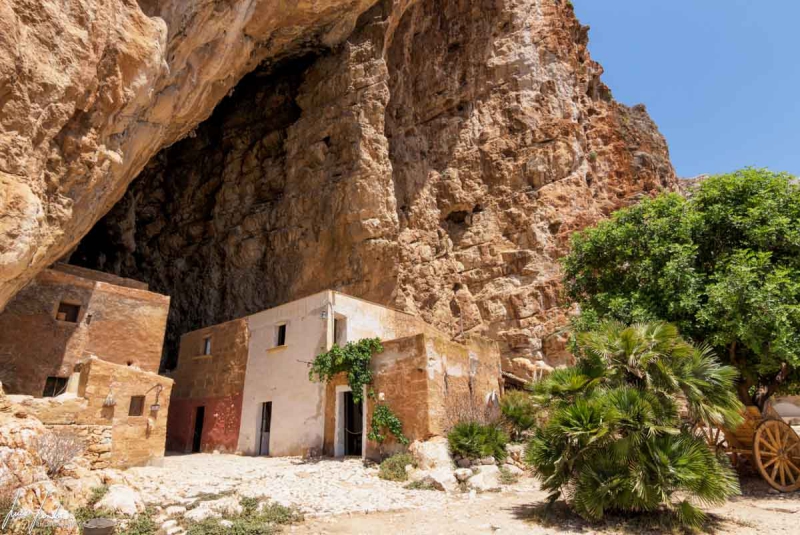 In Scurati there is a small village dominated by the rocky walls of Mount Cofano, on which natural caves open, some of which are used by local shepherds and farmers.

The largest, Mangiapane cave, houses a tiny village inside with a long corridor paved with stones and pebbles. It takes its name from the family who lived there, in small houses from 1819 to 1950. About 60 meters high and 70 deep, it has been used by man since the Upper Palaeolithic, as evidenced by the finds found inside. At the beginning of the nineteenth century, the Mangiapane family built five small two-storey houses, a warehouse and two stables; other rooms were obtained by closing the bottom of the cave and a large oven was built.