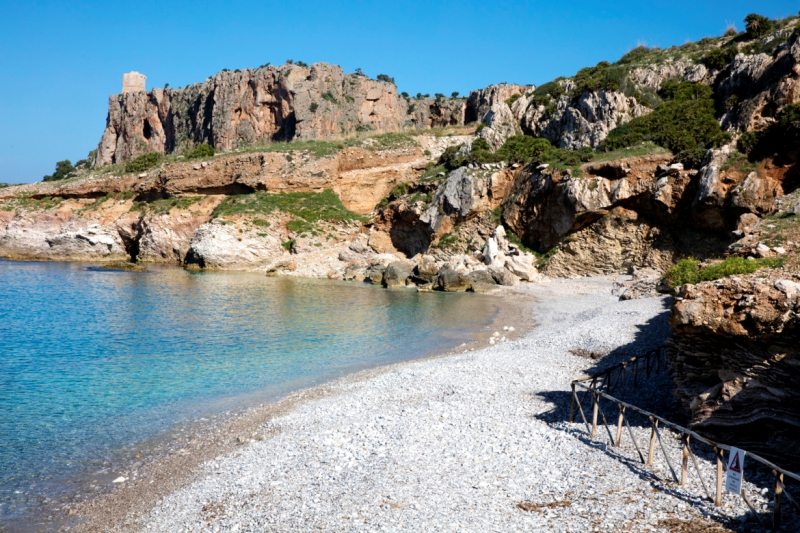 The base of the northern slope of Mount Erice is characterized by the presence of numerous caves and shelters already frequented in the Palaeolithic age (shelters of San Francesco, Maltese and Polifemo). Carvings on the rock walls have also been found in the Grotta del Racchio, not far from San Vito lo Capo, which show two figures of deer while numerous other caves, in the territory of Valderice and Custonaci, show numerous signs of linear incisions, the meaning of which is still unknown. In the cave of Polyphemus there is also a meandering ellipsoidal figure with parallel and concentric lines.