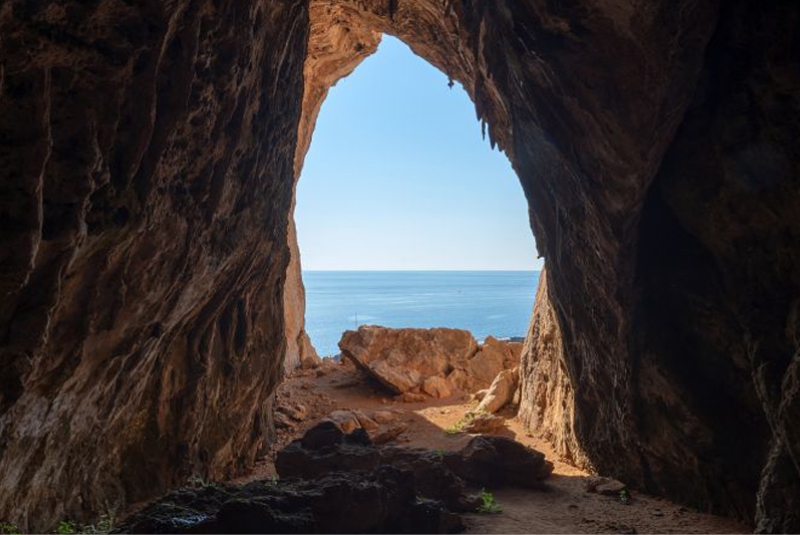 The western part of the promontory of San Vito lo Capo is characterized by a series of caves of prehistoric interest such as Grotta Perciata, Grotta del Racchio and Isulidda, Cala Mancina and many more. Cala Mancina was inhabited during the Upper Paleolithic and consists of a large cave in which there is one of the most important manifestations of rock art in Sicily, a pictorial cycle dating back to the early Eneolithic (mid-third millennium B.C.) depicting human figures, the sun, a stylized boat and various abstract and enigmatic signs. A palpable sign of an ancient past which makes a visit to this majestic cave that overlooks the Gulf of Monte Cofano even more interesting and magical.