A Weekend in Favignana 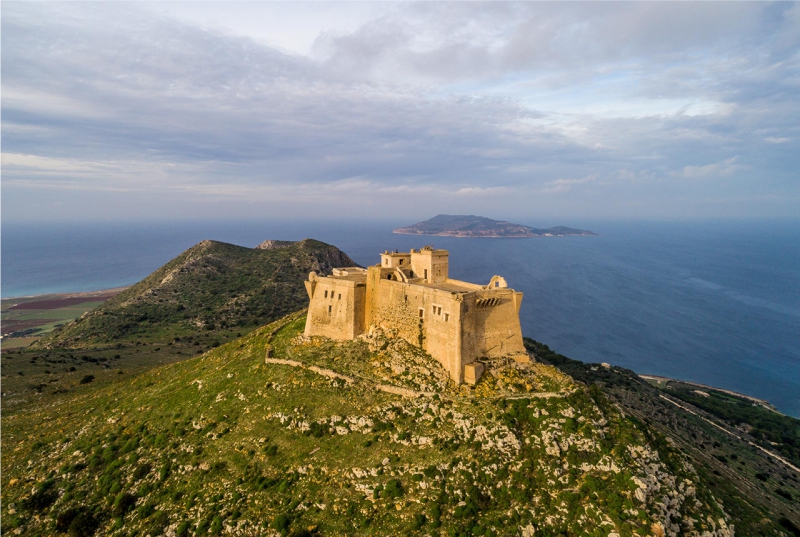 Favignana is an island full of splendid sceneries, monuments and places such as the magnificent  Cala Rossa and the Cave of the Bue Marino that must be visited.

One of these unmissable landmarks is La Tonnara, the former Florio plant dedicated to the processing and conservation of fresh tuna.

Today, La Tonnara is a museum which narrates through images, sounds, videos and memorabilia the history of this famous entrepreneur Sicilian family who lived between the 18 and the 19th century. An area used as an antiquarium preserves important archaeological finds related to the Battle of the Egadi.

The Fort of Saint Catherine

Although it is in a state of neglect, the Fort of Saint Catherine offers a spectacular view of the island atop its watchtower and was built by the Saracens in the 9th century. The fort was subsequently enlarged in the 15th century by the Lord of Favignana Andrea Riccio and during the Bourbon period was turned into a prison for rebels.

The Garden of the Impossible is a vast botanical park that is renowned for its very unusual morphology, considered to be unique.

Its main peculiarity consists in the forwarding of the vegetation within the hypogeal spaces  of ancient limestone quarries.

The territory of Favignana is characterized by the presence of many quarries that are the result of the intense mining activity practiced on the island since the first half of the 1600s. The activity was interrupted in the 1950s because it became uneconomical, with the consequent abandonment of the sites.

Built by Ignazio Florio, immediately after purchasing the Egadi islands in 1874, it was designed by architect and engineer Giuseppe Damiani Almeyda. To build it, a pre-existing tower dedicated to Saint Leonard was demolished.

The palace soon became the Palermitan family holiday house and it was very popular among the nobles and the most influential entrepreneurs of Europe who used to take part in the parties hosted by Ignazio Florio Jr and his wife Donna Franca in its splendid ballroom.

Underground paths connected the palace to another building, called “I Pretti'' (located right near the port and now a hotel), where the kitchens and the stables used to be. A large portion of the building also served as the housing quarters of the servants.

The Florio building is now owned by the Municipality of Favignana and is the seat of the City Council, the Municipal Library and the tourist info point.